So You Think You’re Ready 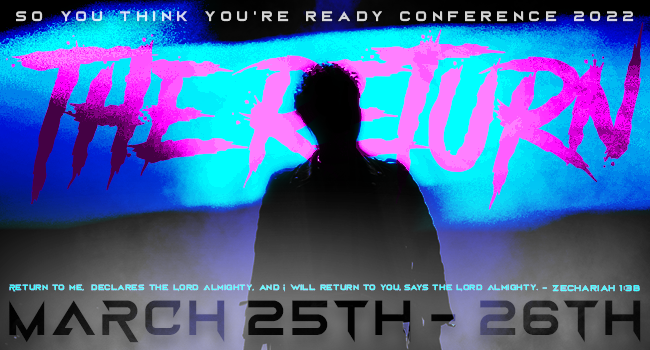 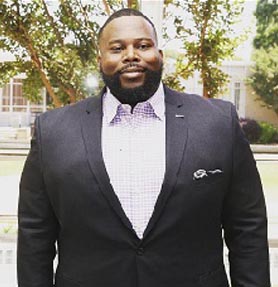 Al Hollie, Jr. is a native of Atlanta, Georgia. Al Hollie received his education from the Atlanta Public Schools System and is a 1997 graduate of Frederick Douglass High School.

Al Hollie received a college education from the University of Alabama where he received a Bachelor’s of Science Degree in Education and was a member of the Alabama Crimson Tide Football team. He holds a Masters of Divinity degree from Luther Rice University and Seminary. In addition, he is a doctoral candidate in Church Leadership at Wesley Theological Seminary in Washington, D.C.

He is also the founder of Urban Inspire, a consulting and coaching firm that provides an informational avenue of transformational instruction through education to invigorate the urban youth and all that serve them to live victoriously in all aspects of life. Al is a member of Omega Psi Phi Fraternity Inc. and the DeKalb chapter of the NAACP.

Al is married to Monetia Hollie, a native of Tuscaloosa, Alabama. The couple has one son, Kendall. Al Hollie believes firmly that “Life demands results, not excuses”. 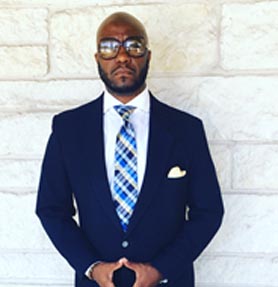 Timothy N. Smith II was born June 3, 1985 in Houston, TX. He moved around a lot as he is the son of a preacher to Pastor Timothy and Je’Nethel Smith I. He has lived in Texas, California, Mississippi, Tennessee, and finally resides in Georgia.

He graduated 2003 from Olive Branch High School in Mississippi and Completed 62 hours of Credited College courses at the University of Memphis where He studied Business Management. He has also completed several credited hours at the Kingdom International Biblical Institution at Christian Growth Cathedral where he has studied System Theology, Biblical Studies, and Biblical Teaching. He is still working to the degree of biblical studies.

Growing up as a preacher’s kid, Timothy has always had the likings of preaching the Word of God to young people. He was very active in the dance ministry, choir, was a drummer, and was a part of several acting roles in church plays. Ministry was his heart and still is.

He began teaching and preaching at Miracle Temple Ministries under the leadership of Apostle Benjamin Smith as a young mentor but later felt God tugging on his heart to step out and become a youth minister to the youth department. At the tender age of 18 Timothy really felt the move of God and felt as though he was missing something, so he began to work with Young Life, a mentor program for youth in the suburbs of Memphis TN.

He then found his love for teens and a passion to see them be lead to Christ. Six years later he moves to the small town of Conyers, Ga where he attended Christian Growth Cathedral under the teaching of Apostle David Kenny as there he would become the active Youth Pastor in 2012. While there he was taught and learned how to break the word down to minister and be effective in the teaching of God’s word to the young people.

Not only was Timothy influential in his church he became a light in his community as being an active member of Young Life Rockdale, W.A.R, and now Fellowship of Christian Athletes to the local Rockdale High School. God has really blessed his ministry and his gift to minister to young people.

Since ministering God has opened many doors now at his new church Berean Christian Church under the leadership of Dr. Kerwin B. Lee Senior Pastor and his mentor Pastor Tommy Conley who is the Youth Pastor. He continues to serve as God places him in places where only God can take him, for ministering his heart desire to kids is his drive to becoming a successful youth pastor. 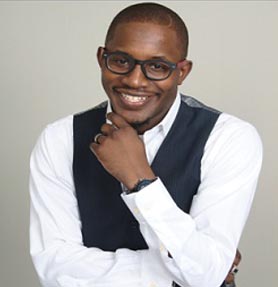 Pastor Sipho Mhlanga was born in Zimbabwe Africa. He is the proud son of Beverly and Bongani Mhlanga and the brother of Adesia Mhlanga. Pastor Sipho accepted his calling into the ministry at the age of fifteen. He studied under the tutelage of his Pastor, the Reverend S.V. Adolph Jr., and delivered his initial message on May 5, 2003 at First Missionary Baptist Church, Gulfport, Mississippi.

Pastor Sipho graduated from the historical Morehouse College May 2011 where he received a Bachelors of Art in Religion and Biblical Studies. Minister Sipho matriculated at Emory University where he received a Master of Divinity in Theology May 2014 from Candler School of Theology.

In the past, Pastor Sipho has served for a number of churches as their Youth Pastor. Currently, he is serving as the Youth Pastor at Tabernacle of Praise Church International in McDonough, Ga. (T.J. McBride, Pastor, and First Lady Shunnaè McBride).

Most importantly, Pastor Sipho Mhlanga is a saved and born again believer. He is Spirit filled, Bible believing and a Resurrection sharing believer in the Lord Jesus Christ! Pastor Sipho firmly believes that God has called him for such as time as this to be a “soul chaser” to which, he seeks to do daily.

Pastor Sipho Mhlanga would define himself as creative, energetic, enthusiastic, and most of all compassionate. He is committed to ministering to youth in a way that allows them to grasp and apply the Word of God to their daily lives. Pastor Sipho is seeking to impact an entire generation with the message of Christ.

Pastor Mhlanga’s joy and balance is his beautiful wife, Rosanna Mhlanga who serves as the Curriculum Specialist at Tabernacle of Praise Christian Academy and his bouncing baby boy Sipho II. As a dynamic duo, they are dedicated servants of God, in ministry and as a teaching team working diligently to educate our children and youth spiritually and academically. The Mhlanga’s stand as a testament to what God can do in the lives of true believers. 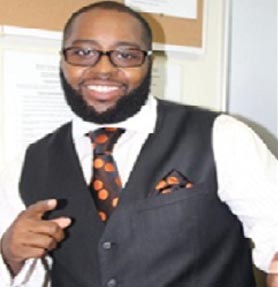 Known by names such Pastor Tommy or PT, Tommy Conley, Sr. is from Detroit, Michigan, where he was licensed to preach the gospel. Pastor Tommy is a successful business owner and proprietor. His passion includes training and educating young people to achieve their goals.

He enjoys preaching and teaching at homeless men shelters in the Atlanta area, participating in inmate re-acclamation programs and leading mission trips. Youth under his leadership have given up their Spring Breaks to travel to New Orleans, Tennessee and Florida to serve those who are less fortunate as to make a spiritual connection with God, while serving the communities to create life-changing experiences.

He currently serves as the Youth Pastor at Berean Christian Church in Stone Mountain, Georgia, under the leadership of Dr. Kerwin B. Lee. He currently attends Luther Rice University pursuing his Bachelor of Arts Degree in Religion.

He also, serves as the Chaplin for Miller Groove High School, works for Young Life Urban Atlanta Project and is a part of the DeVos Urban Leadership Initiative, a faith-based leadership development program for urban youth workers.

He is the proud husband of Rhonda Conley and father of three amazing children, Tommy Jr., Tai, and Tamara Conley.